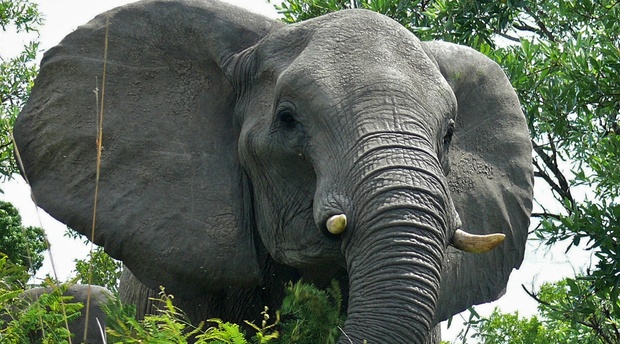 Elephants live in 37 countries of sub-Saharan Africa. Where do you like seeing them best?

Everyone loves elephants - although A.A. Milne’s Pooh Bear and Piglet didn’t know much about them. (‘Heffalumps’ they called them.)

But, unlike heffalumps - which occur only in Milne’s stories (Winnie-the-Pooh and The House at Pooh Corner) -  African elephants are currently found in 37 countries in sub-Saharan Africa (including countries we love to visit - like Botswana, Mozambique, Namibia, South Africa, Zambia, and Zimbabwe).

The IUCN Red List of Threatened Species suggests that African elephants may in fact be divided into different species: “Preliminary genetic evidence suggests that there may be at least two species of African elephants, namely the Savanna Elephant (Loxodonta africana) and the Forest Elephant (Loxodonta cyclotis). A third species, the West African Elephant, has also been postulated.”

For the moment, though, all African elephants remain classified under the name Loxodonta africana (although the IUCN makes no pronouncements as to where the heffalump appears on the family tree. And like you, we’d like to know why.)

Elephants have adapted to living in very different environments, though - and, while most of them thrive on the savannah (veld), some have taken to the lush, evergreen havens of the Knysna forests while others (perhaps surprisingly) roam Namibia’s almost arid Kunene region.

According to desertelphantconservation.org, “The desert elephants of Namibia’s Kunene Region are a distinctive population adapted to life in an extremely arid environment. They are one of only two populations of ‘desert’ elephants in the world (the other is in Mali, North Africa)...”

It seems clear that these elephants have adapted to life in the desert, and that they’re, “unusual in some of their learned behaviors,” like long-distance migration - which allows them to thrive in such a difficult environment.

Although desert elephants are generally about the same size as their cousins on the savannah, “their bodies may appear less bulky, probably from a lower food intake. Their feet appear to be wider, probably as a result of walking long distances on sand, which causes the footpads to be splayed.”

While the conservation status of the desert elephant appears to be improving, very little seems to be known about the status of the southern-most free-ranging herd in the world: the forest elephants of the Garden Route.

Their history is abysmal: the Portuguese explorer Vasco da Gama saw them at Mossel Bay when he landed there in 1497; reports from the old Cape Colony indicate that large numbers lived in the area that now includes the Western, Eastern and Northern Cape Provinces until well into the 19th century; and one forestry officer, a Captain Harrison, estimated the population size of the Knysna-Tsitsikamma region at between 400 and 600 in 1876.

But hunting and poaching decimated the Garden Route’s elephants, and only a few now survive (and roam free) in the Fisanthoek area, between Knysna and Plettenberg Bay.

In The Mammals of the Southern African Subregion, R.H.N. Smithers wrote that, “Elephants are not a forest species, and their occurrence in the Knysna Forest appears to be due to their being forced into this unnatural environment by man.”

... Still, it’s tantalising to know that they’re there!