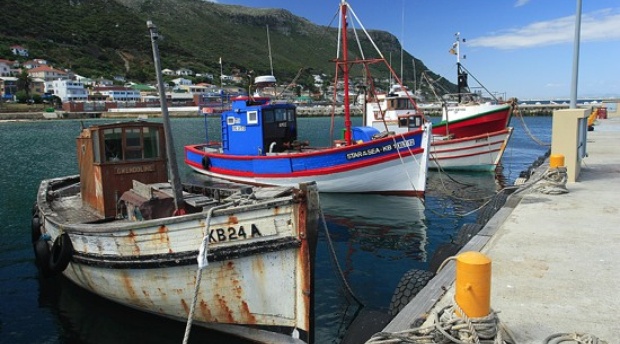 We’re great fans of seafood - especially here in the Western Cape, where fish is plentiful and chea... oh wait. That was in grandma’s day.

Today, of course, there’s almost too much pressure on the resources that the ocean once so bountifully supplied, and we have to be a very careful about what we catch and consume. But eating seafood remains one of the great pleasures of touring the coast of South Africa. And let’s not forget that our early ancestors were very good at collecting the stuff at low spring tide - which, since it required both the ability to predict the tides and the ability to plan to be at the beach at the right time, was one of the earliest indicators of our capacity for advanced thought. (For more about this, though, you’ll want to enjoy a Point of Human Origins Experience at the Pinnacle Point Caves, which have revealed the earliest evidence for modern human behaviour. Definitely something for your (beach)bucket list next time you’re in Mossel Bay.)

Fortunately, though, South Africa’s wildlife monitors came up with a solution to the problems of declining fish stocks as long ago as 2004: the WWF’s Southern African Sustainable Seafood Initiative - SASSI. (WWF = World Wide Fund for Nature)

The site also explains that, “Developing a sustainable seafood industry requires more than sustainable fishing. It is also about addressing the other aspects of the supply chain – from the fisherman’s hook, via the seafood vendor, to the seafood consumer’s fork.”

One of the most easily understood tools in SASSI’s campaign is its list - which sorts seafoods into Green, Orange, or Red categories, depending on how acceptable it is to buy or eat each species.

The list is based on ongoing scientific assessments of the numbers of fish in the sea, so it isn’t cast in stone.

And this is where the good news comes in - because we’ve just received notice from SASSI that it has promoted “hake and kingklip caught by the demersal longline sector” from its Orange (‘Think Twice’) to its Green (‘Best Choice’) list.

According to the media release, “These positive shifts prove that it is possible to improve depleted fisheries through committed stakeholders collaborating on the implementation of effective fisheries management.”

Or, as we like to say - this is working better now for all of us because almost everyone’s agreeing to the rules, and playing by them.

And this is why it’s important to educate ourselves about what to buy and what to eat, and even about which chefs have shown their particular commitment to the rules. (We’ll give you a hint: the great ones.)