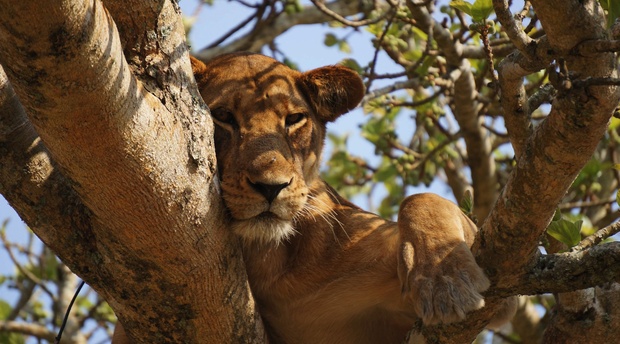 Touriquette. Or, What Would Miss Manners Do if a Lion Roared at Breakfast?

Look, let’s face it. An unexpected roar in one’s ear as one takes one’s first sip of one’s orange juice at breakfast could cause a change in the colour of one’s undergarments - although, of course, it’s quite unlikely that such a ghastly thing would ever occur.

Still, it’s always best to be prepared for any eventuality when one’s on tour.

The whole idea of travel is to meet other people, and see other places. If you concentrate on making your holiday about them rather than about you, a surprising thing’ll happen: you’ll come away enriched beyond any expectations.

Take the opportunity to learn about the people and the environments you’re visiting. Do some reading up beforehand so that you know what’s permissible, what’s considered insulting, and what’s downright dangerous. Ask Google.

Responsible tourism - a movement that grew out of the Cape Town Declaration of 2002 - is all about creating better places to live in, and better places to visit. But it’s also about holding the host community, the tour operator, AND the visitor responsible for their individual and collective impacts on the environment and on one another.

It’s a position we strongly uphold - and which we urge you to hold, too.

p.s. Touriquette Tips for the Exasperated

If you’re sitting patiently at a waterhole or in a bird hide, but your neighbour’s been blabbing 'bout his stock options or his golf handicap for the last three hours, we suggest you take him gently by the hand and lead him to the closest daycare centre.

He probably just needs a feeding and a nappy change.