Explore the beautiful country of Namibia with Out & About Africa

Situated in Central Namibia, the cosmopolitan city of Windhoek serves as the capital of the country. It is home to an international airport and a plethora of restaurants, shops, entertainment venues and accommodation options. The city is clean, safe and well-organised, with a colonial legacy that is reflected in its many German eateries and shops, and the widespread use of the German language. Windhoek has an interesting mix of historical architecture and modern buildings, many of which are worth a look, including the Alte Feste an old fort, the 1896 Christuskirche Christ Church, and the more contemporary Supreme Court.

Situated in north central Namibia and named for the springs that emanate from its foothills, the Waterberg Plateau National Park is a fascinating geological site featuring compressed sandstone crags, 200 million-year-old dinosaur footprints, and petrified sand dunes. The area’s natural water sources make it far more fertile than its environs, and the park is blessed with a plethora of plant and animal species, including leopards, rhinoceros, vultures, cheetahs, bush babies, ferns and fig trees. Visitors can enjoy a wide selection of activities including: learning about the local Herero culture on an informative village tour, tracking rhino on a guided safari, exploring the Waterberg's 50-kilometre-long and 16-kilometre-wide sandstone plateau, dubbed 'table mountain', and catching a glimpse of the rare and endangered sable and roan antelope.

Situated east of Etosha, bordering Fisher's Pan, Onguma Game Reserve is one of Namibia's best-kept secrets. The reserve offers visitors the opportunity to experience Africa in all her beauty and diversity. Onguma Game Reserve features over 34000 hectares of protected land scattered with a variety of wildlife including plains game, black rhino, kudu, giraffe, zebra, lion, cheetah, leopard and more than 300 bird species. The seasonal rains attract thousands of migrating birds to the Fisher’s Pan wetland area. The neighbouring Etosha National Park is home to a rich array of wildlife, including four of the Big 5. Visitors can enjoy game drives, guided walks and rhino research drives within the private reserve as well as wildlife safaris into Etosha National Park to view abundant game in the largest national park in Namibia.

Located just south of the boundary of Etosha National Park in northwestern Namibia, Etosha South makes up the southern region of this wild paradise. Ongava Private Game Reserve shares the southern boundary with Etosha National Park and offers an array of luxury lodges overlooking picturesque landscapes dotted with abundant wildlife. The national park can be accessed via the southern entrance at Andersson’s Gate. Visitors can catch a glimpse of a variety of wildlife including: lion, giraffe, elephant, white and black rhino, and a multitude of plains game. Popular activities include: game drives, tracking rhinos on foot, guided nature walks, or watching the sunset over the magnificent African landscape.

Set in the Kunene Region of northwestern Namibia, Twyfelfontein is a spectacularly scenic area, featuring one of the largest and most important concentrations of rock art in Africa. The name ‘Twyfelfontein’ translates to ‘Fountain of Doubt’, which refers to the perennial spring situated in the impressive Huab Valley flanked by the slopes of a sandstone table mountain. It was this spring that attracted Stone Age hunters over six thousand years ago, and it was during this time that the extensive group of rock engravings and paintings were produced. Visitors can look forward to basing themselves at some wonderfully shady campsites along the Aba-Huab riverbed, while exploring over thirty different sacred ritual sites of the traditional hunter-gatherer communities.

Set along Namibia's spectacularly scenic coast, the seaside town of Swakopmund is known for its wide-open avenues, colonial architecture, and its surrounding otherworldly desert terrain. Founded in 1892 as the main harbour for German South-West Africa, Swakopmund is often described as being more German than Germany. Now a seaside resort town, Swakopmund is the capital of the Skeleton Coast tourism area and has plenty to keep visitors happy. The quirky mix of German and Namibian influences, adventure options, laid-back atmosphere and cool sea breeze make it a very popular Namibian destination. Visitors can look forward to a number of exciting activities including: quad biking, horse riding, paragliding, fishing, sightseeing and fascinating desert tours.

As there is no accommodation at Sossusvlei, visitors to this desert wilderness are likely to end up staying at Sesriem, 65 kilometres away, where camps and lodges serve as a base from which to explore the dunes. Sesriem Canyon, a deep chasm carved through the rocks by water, is a striking natural feature of the area that is best explored on foot. Stony walls rise up sharply on both sides of the canyon, while birds roost in its crags and lizards dart along the ledges. The canyon’s name was coined when early settlers used it as a water source, using six lengths of leather (‘ses riem – six thongs) tied together to lower buckets into the water at the base of canyon.)

Spreading across Botswana, South Africa and Namibia, the Kalahari meaning 'the great thirst' is an exceptionally beautiful living desert. The landscape is characterised by a large semi-arid sandy savannah draped over a gently rolling inland sea of sand covering most of Botswana and large parts of Namibia and South Africa. It is also the last bastion of the indigenous San people with the modern world having enveloped all the other areas they once roamed. The Namibian portion is made up of red sands covered in thin, wispy, mostly golden grass and dotted with acacia trees and wide-ranging wildlife including gemsbok, impala, jackals and cheetah.

Situated in Central Namibia, the cosmopolitan city of Windhoek serves as the capital of the country. It is home to an international airport and a plethora of restaurants, shops, entertainment venues and accommodation options. The city is clean, safe and well-organised, with a colonial legacy that is reflected in its many German eateries and shops, and the widespread use of the German language. Windhoek has an interesting mix of historical architecture and modern buildings, many of which are worth a look, including the Alte Feste an old fort, the 1896 Christuskirche Christ Church, and the more contemporary Supreme Court. 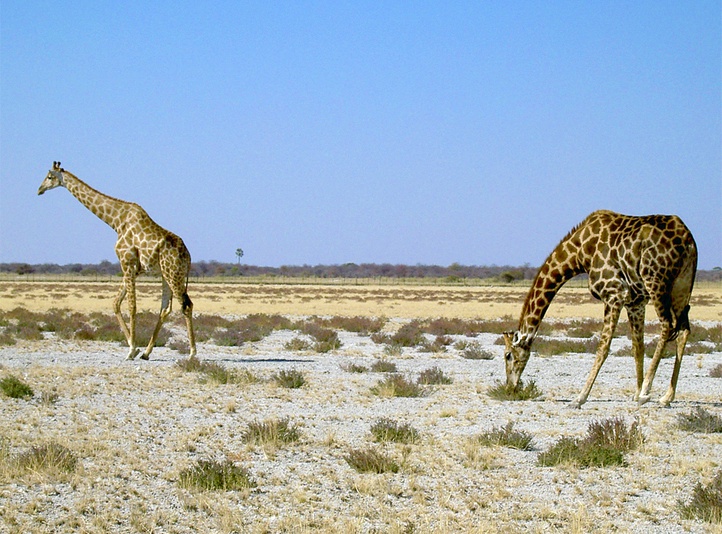 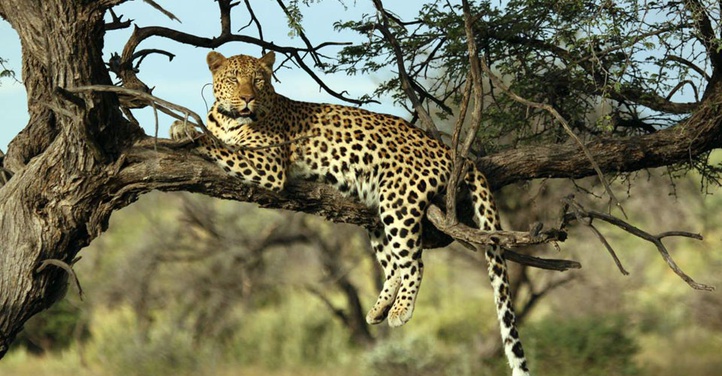 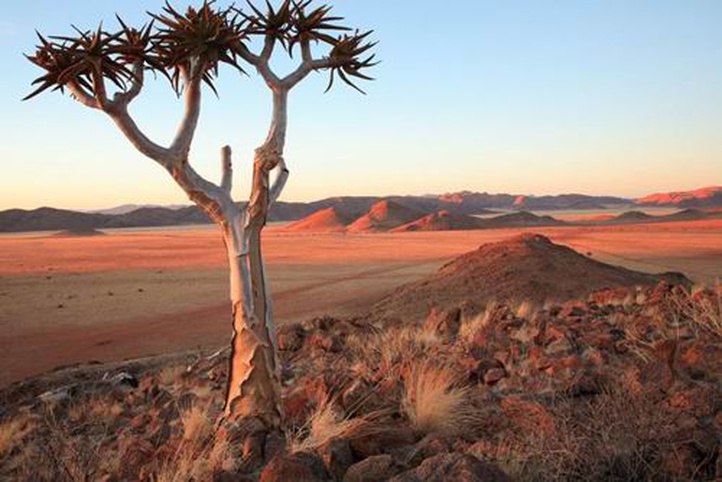 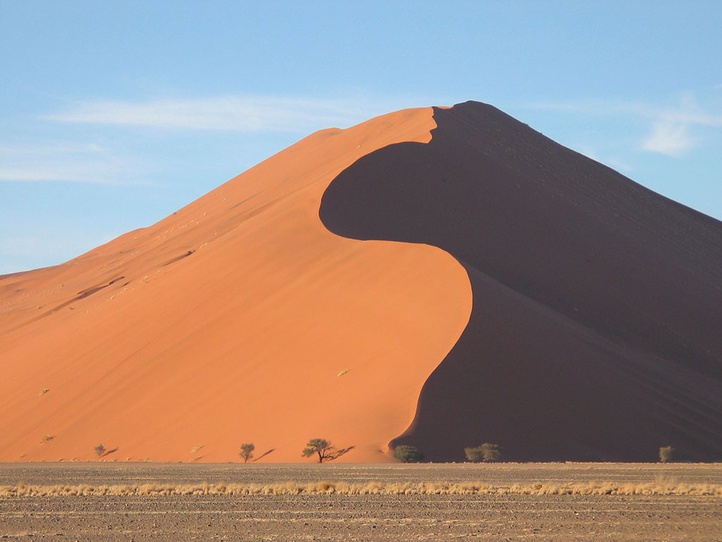 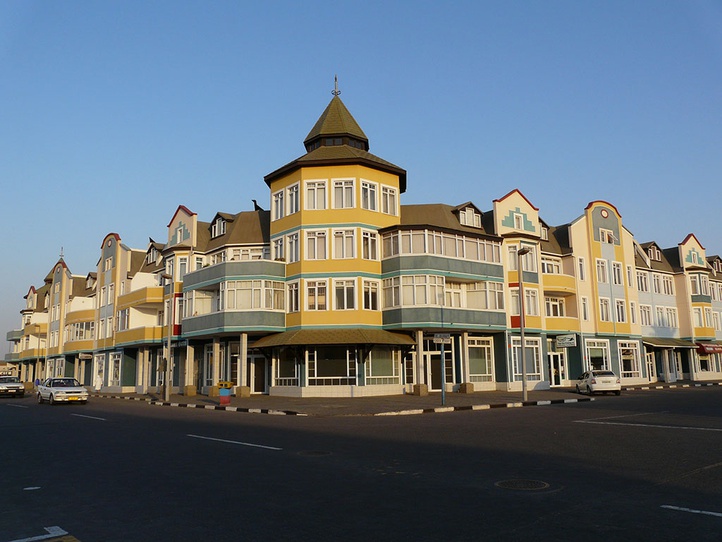 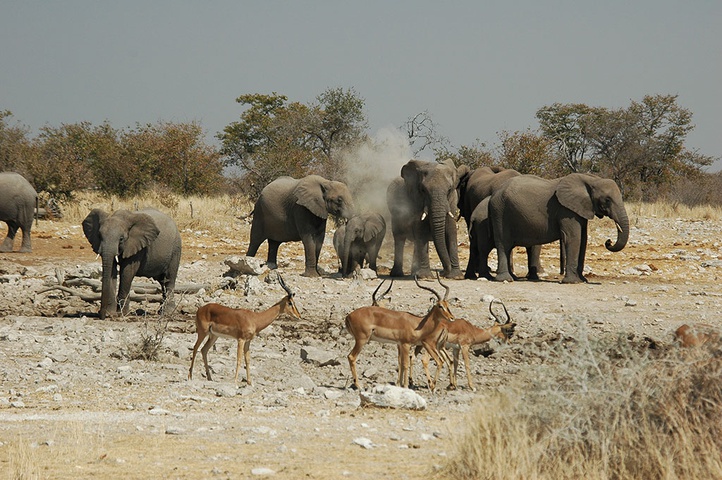 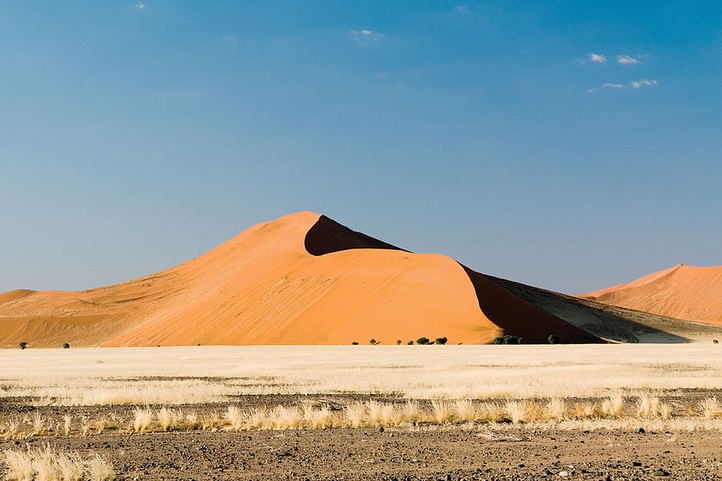 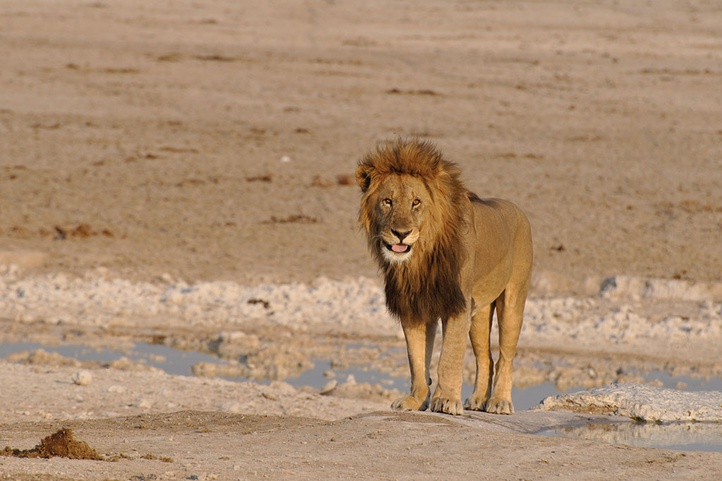 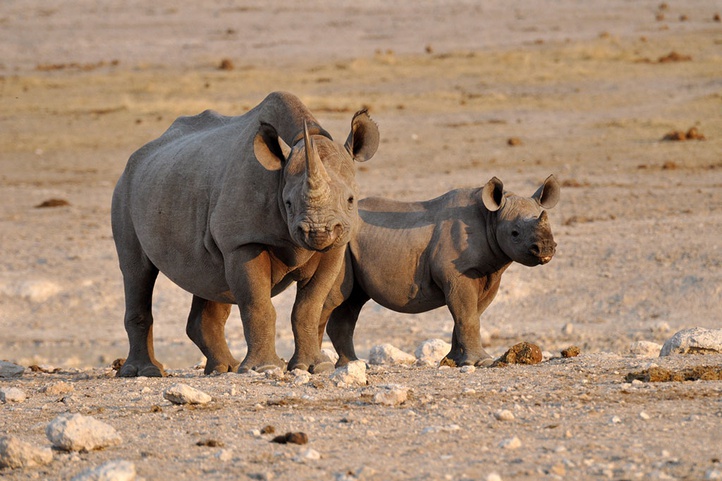 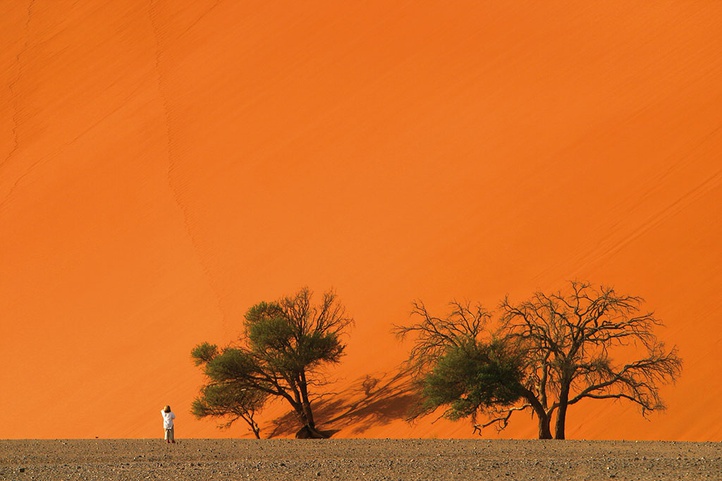 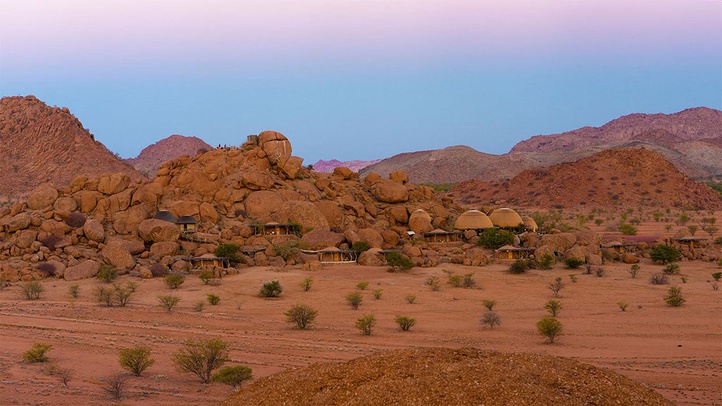 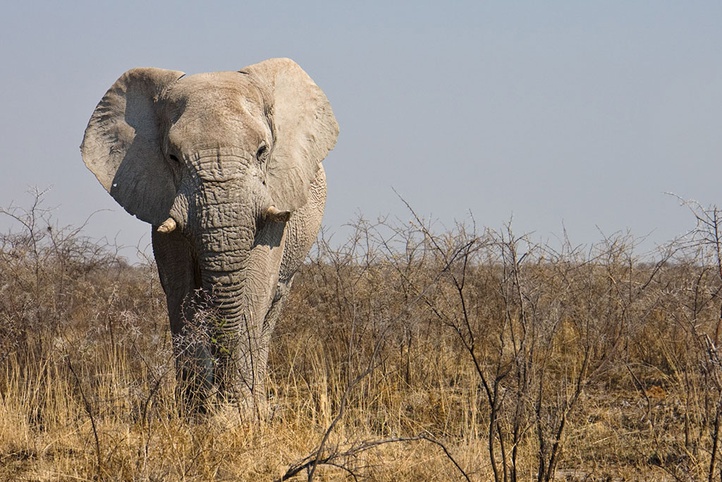