Wines, walks, way back when in Namibia & the Garden Route

The ultimate experience in the Namib Desert and Garden Route of the Southern Cape. 7 days with optional add-ons.

Here’s a brief summary of your itinerary:

(Please scroll down for further details)

DAY 2 - Point of Human Origins Experience at Pinnacle Point Caves with Dr. Peter Nilssen. The Caves have revealed the earliest evidence for modern human behaviour - 162,000 years ago. After lunch, a guided walk through unique fynbos (Cape macchia), with breathtaking views of the Outeniqua and Langeberg Mountains - you might see game including rhino or elephant. Check in at Sandpiper Cottages in Boggomsbaai. Themed dinner at Sandpiper Safaris Leisure Centre - explore the foods that enabled the human brain to develop as quickly as it did.

DAY 5 - visit Naankuse’s N/a’an ku sê animal rehabilitation centre; guided veld walk. Drive from the Namibian Highveld to the edge of the Namib Desert - stunning changes of scenery! - and check in at Neuras Wine & Wildlife Estate. Tour the farm and the vineyards. 3 course dinner under the countless stars from the clear desert sky.

DAY 6 - Explore the area on foot: its wildlife, desert plants, fascinating geology, and ancient rock paintings and engravings of the San People on. Picnic lunch and a swim in hidden rock pools in the heat of the desert. Dinner and wine tasting at the Lodge.

OPTIONS include a visit to Sossusvlei; to the coast and Swakopmund; to Etosha National Park; to Damaraland; or extend your time at Naankuse N/a’an ku sê or in Windhoek.

Arrive in Mossel Bay and take in the beautiful view, appreciate the meticulously constructed architecture of the traditionally built stone houses of this somewhat outward seemingly sleepy town.

Check in at Ana’s Place and appreciate the stylish luxury on offer with a view of the harbour and the vast bay, with the Outeniqua Mountains standing guard in the background.

Dine at one of the great restaurants in town followed by a nightcap in anticipation of wonderful experience to follow.

After a hearty breakfast depart to the Pinnacle Point Estate where Dr Peter Nilssen will take you back in our past in order for us to better appreciate our future. The caves at Pinnacle Point are the setting of the Point of Human Origin. 175 steps to find 164 000 years of human History. A morning spent in awe of the realization that where we came from may determine where we are heading.

Lunch will be enjoyed after the visit to our past.

Heading a few kilometers inland and part of the Cape Floral Kingdom greets us in the mountains and valleys of the Gouritz River corridor. A guided walk through unique Fynbos, along rivers and up hills with breathtaking views of the Outeniqua and Langeberg mountains. Game spotting all along the route with the chance of seeing a rhino or elephant in these surroundings.

After checking in at the Sandpiper Cottages in Boggomsbaai, we head off to Fred Orban’s own PoHO cave at the Sandpiper Safaris Leisure Centre. How did our ancestors manage to survive…? This evenings’ dinner is all about what made our predecessors strong and enable human-kind grow to where we are now.

Overnight in your Cottage with a fire blazing in the traditional kaggel/fireplace.

Today is the day to stretch your legs and experience the unspoilt coastline of Boggomsbaai, with its expanse of beaches. Hiking past Vleesbaai, where the Portuguese and Dutch Explorers traded with the nomadic Khoi-San for fresh meat. Further along the rocky coastline, rounding Fransmanshoek (Frenchman’s Corner) where in 1763 the French man ‘o war, the La Fortune, stranded. Your expert guide will constantly be teaching you about the marine life forms, fauna and flora along the way. Ending at The Gouritz River mouth, take a boat ride upriver.

Dinner is a traditional braai(barbeque) on an open fireplace, while being treated to a local wine tasting.

Namibia derives its name from the Namib Desert, the world’s most ancient desert, which stretches 2000 km’s from the Orange River in the South to the Kunene in the North. This vast country is four times the size of the United Kingdom (some 800 000 square kilometres) is renowned for the haunting beauty of its stark, diverse landscapes. This is a land of many faces including the shifting dunes, the flat plains and the sandy riverbeds of the desert region, the high central plateau and the shallow Etosha pan which is one of the world’s most splendid game parks. While Namibia is the most sparsely populated country in the world, it boasts a rich blend of 13 different ethnic groups. Of the 2.1 million inhabitants, one of four people live in the urban centres, the largest of these being the capital, Windhoek.

Namibia's past is as diverse as its landscapes. The first inhabitants were the San hunter-gatherers (bushmen) who roamed the sunlit spaces more than a thousand years ago. They were followed by the Hottentots in the South and the Wambo and Herero who moved in from the north. The Portuguese navigators were the first Europeans to land in Namibia as they charted the coastline in their desperate search for a route to the Indies. The first European settlers were predominantly German missionaries who set up mission stations during the late 18th and early 19th century. However, it was only in the late 19th century that the colonial powers showed real interest in Namibia and in 1884 Adolf Lüderitz, a Hamburg trader, succeeded in getting full-scale annexation of the entire territory known as Namibia. The only territories excluded were the Walvis Bay enclave and the Guano islands, which remained the property of the Cape colonial government under British rule. At first the German government's main role in this young colony was to establish and maintain civil order. However, as the colonial community grew and economic progress was made, the Herero and Nama people began to question this "progress" and its direct threat to traditional freedoms. There were a number of rebellions; the most significant being that of the Herero peoples whose numbers dropped from 80,000 to a post-rebellion figure of 15,000. During World War 1, South West Africa was the first German possession to fall to the Western allies and in 1915 an interim South African military administration was installed in Windhoek. After the war, the Treaty of Versailles entrusted South West Africa to the Union of South Africa as a mandate. During the mid 1950s there was increased resistance to the South African authorities and the seeds of rebellion were sown. After many years of negotiating and fighting between the South African authorities and SWAPO (the South West African People's Organisation), Namibia held its first democratic elections in February 1990 and Sam Nujoma, who returned to Namibia after 30 years in exile, was unanimously elected president of Namibia.

Namibia's climate falls into the "continental tropical" category, but there is very little of the lushness that one normally associates with the latter word. Namibia is hot but for the most part bone dry. Namibia's rains are very unreliable and some of the drier regions received their entire annual quota during one single cloudburst. What rain there is generally falls during the summer months (November to February). Mean annual precipitation is about 250 millimetres, although the arid Lower Orange and Namib regions enjoy less than 100 mm per annum and frequently a lot less. Temperatures vary according to area. The climate in the desert coastal belt is largely determined by the upwelling of the cold Benguela Current offshore and South Atlantic high-pressure system. The Benguela current is responsible for the omnipresent fog and the temperatures are very moderate 15 - 19 degrees. In the central highland region days are warm to hot (20-34 degrees in summer) and nights are cool. With extremes during the winter when temperatures can drop to zero.

A short transfer to NaanKuse Lodge.

Whether you choose to stay in a villa or a chalet, you’ll get the exquisite experience of being away from the hustle and bustle of town and become part of the tranquillity and joy of the wild. Our lodge accommodation includes six lavish in-suite chalets, each comprising a delightful blend of rich ethnicity and modern extravagance, while offering a secluded retreat from the ruggedness of Africa. All rooms are extravagantly appointed and have been designed to offer total privacy and comfort in harmony with their surroundings. Rooms boast large twin beds, air-conditioning, in-suite bathrooms and have their own private veranda with views overlooking the beautiful bush veldt.

Experience a variety of San activities such as reading signs and tracks of the veldt, fire making with traditional San fire sticks. The San show you plants that they use for medicinal purposes, they will tell you how they hunt and set traps. Marvel at their ancient story telling under the stars

After breakfast learn all about Naankuse’s N/a’an ku sê Volunteer projects and the various animals at the rehabilitation Centre.

A guided walk in the veld and an up close and personal encounter with the worlds’ fastest land mammal, the Cheetah. Find out why they (and other predatory cats) are so threatened and what is being done to help them survive.

A well deserved early lunch is served at the Lodges’ superb restaurant.

We now head off on a road transfer taking us from the Highveld to the edge of the edge of the Namib Desert. Take in the stunning changes in scenery and end up 5 hours later in a veritable Oasis – the Farm Neuras! The Neuras Wine & Wildlife Estate

Take a tour of the farm and the vineyards in these surreal surroundings and enjoy a 3 course meal, served with a glass of their own Neuras wines. All the while being watched over by countless stars from the clear desert sky.

Bed down for a night of deep and peaceful sleep in the oldest desert on our planet.

Today we explore the area by foot. Your guide will take you on a walk in this rugged area. He/she will explain the local wildlife as well as the desert plants. The geographical features of this area is fascinating to behold. All the while everyone will be on the lookout out for ancient rock paintings and engravings of the San People.

Picnic style lunch will be enjoyed along the way. After lunch the hunt is on to try and find hidden rock pools, to cool off from the desert heat.

Back at the Lodge the evening will be spent enjoying a wine tasting and regaling tales of the past few days’ experiences.

Farm breakfast to get ready for the day.

Some guests depart by road back to Windhoek for their flight back to civiliSation. 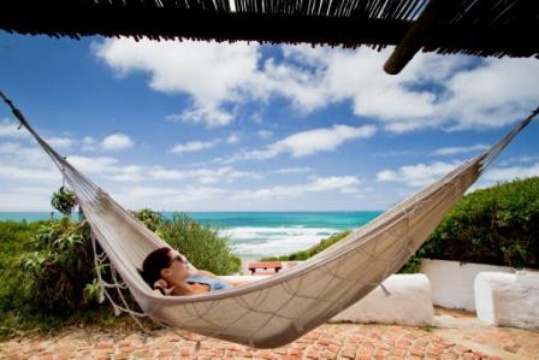 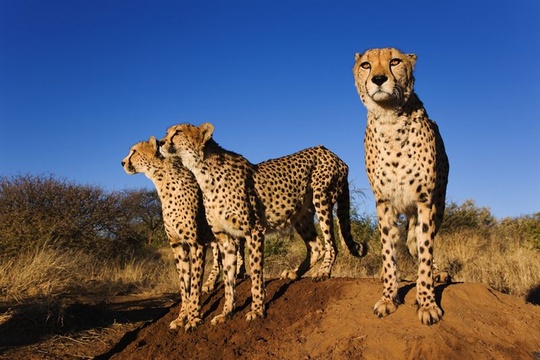 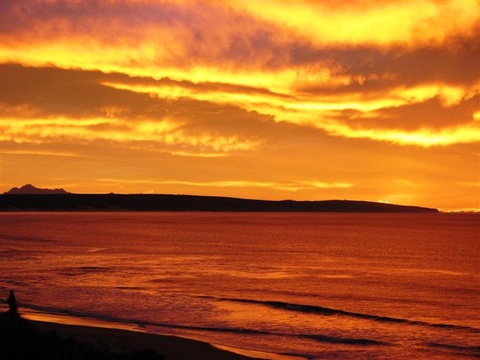 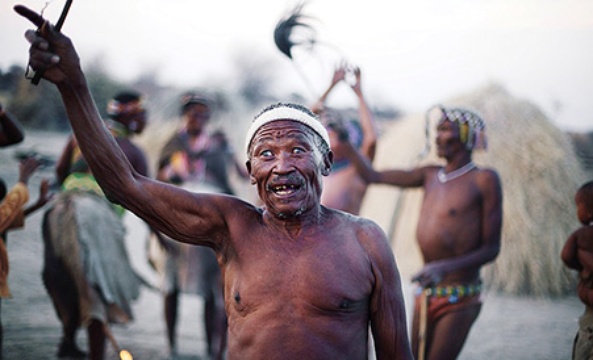 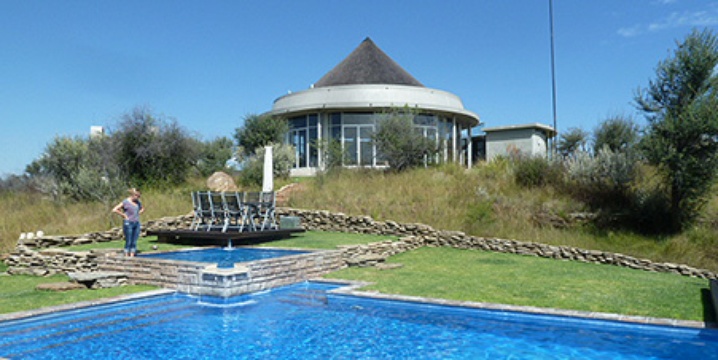 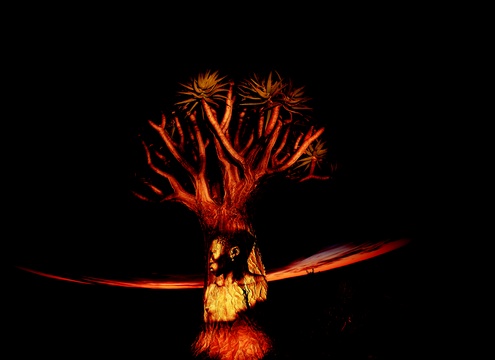 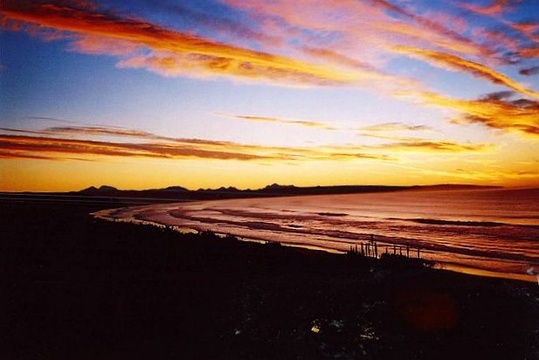 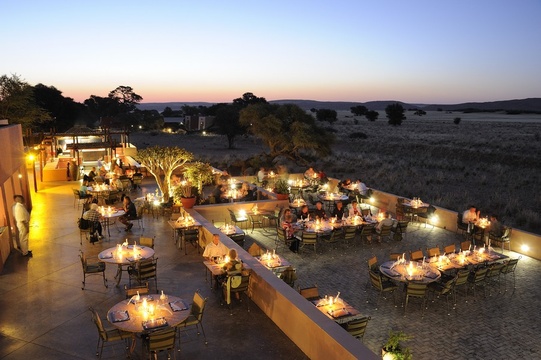 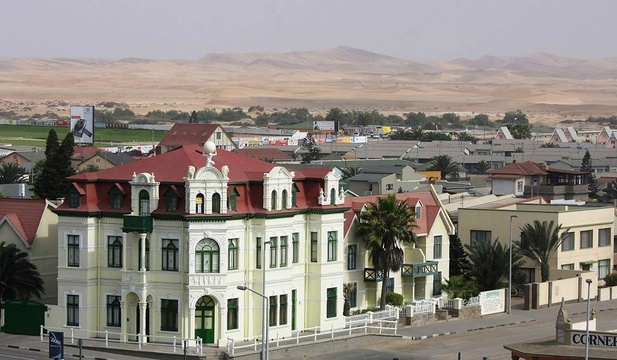 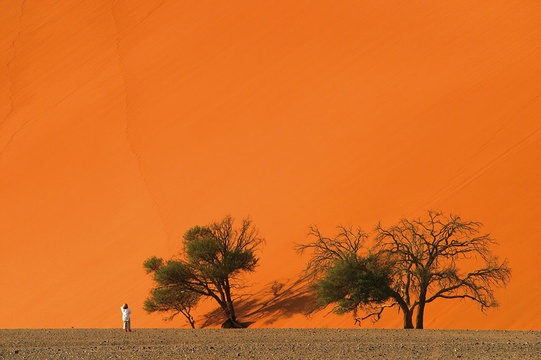 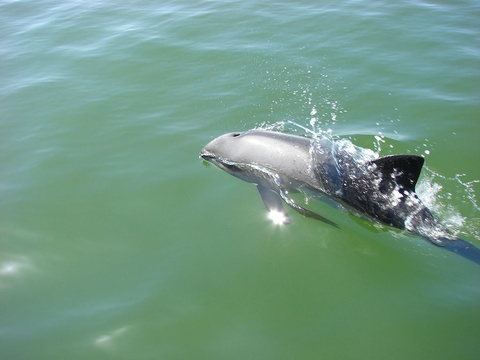 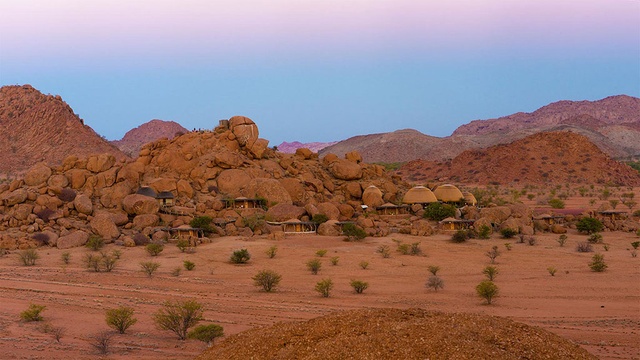 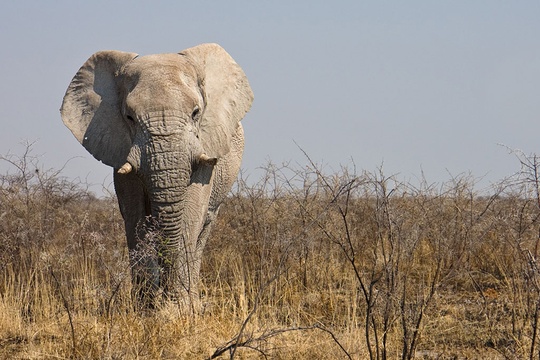 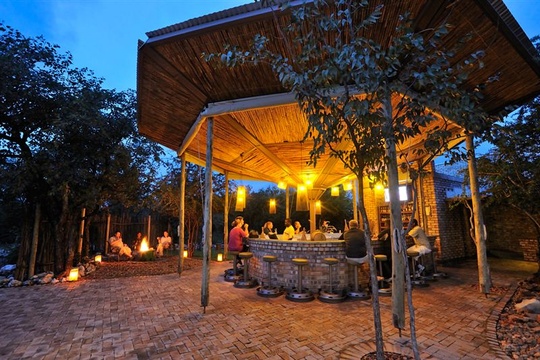 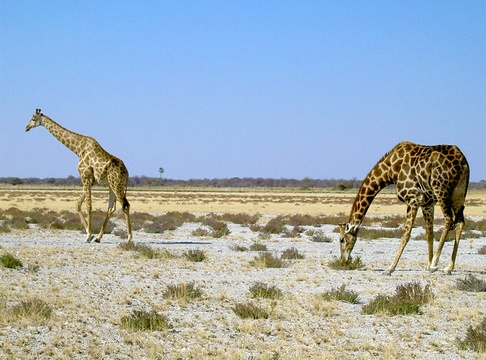 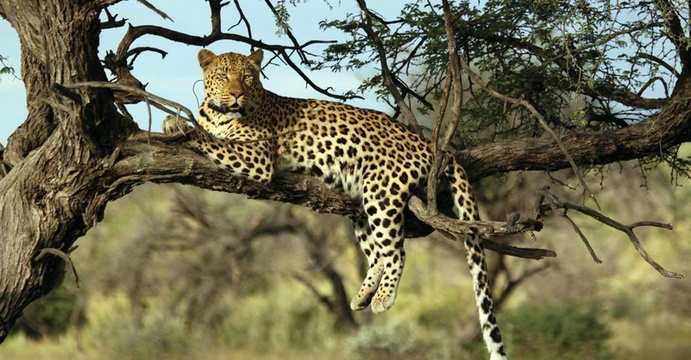 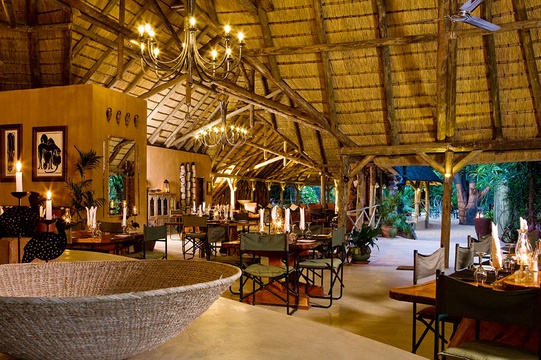 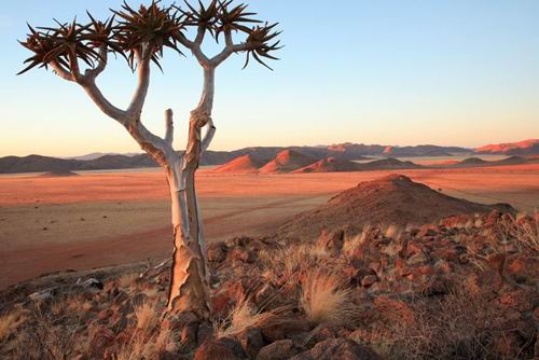 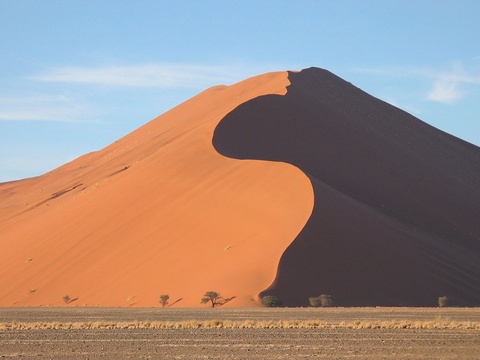 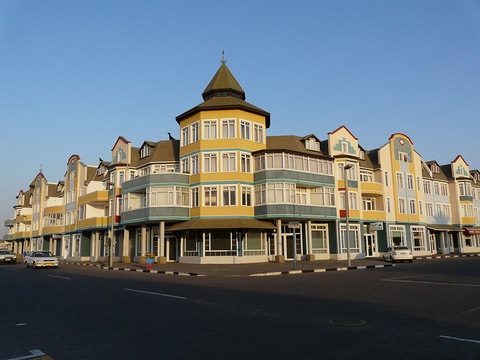 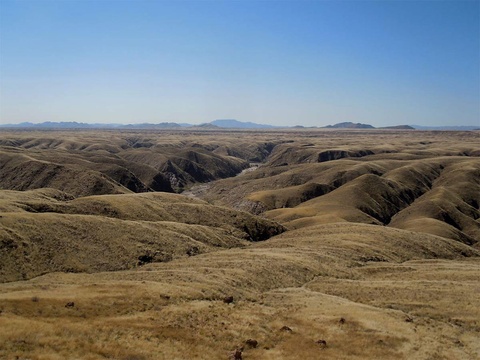 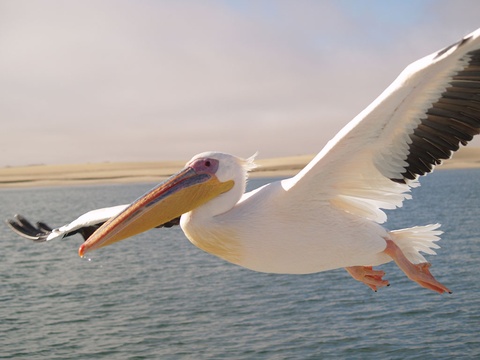 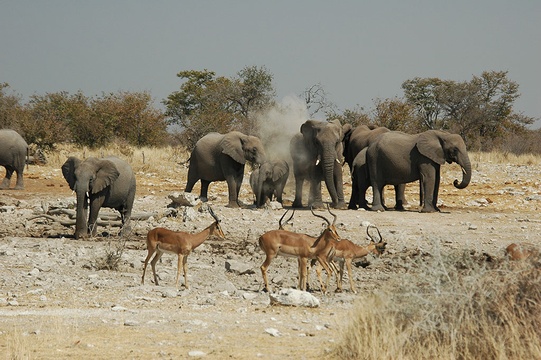 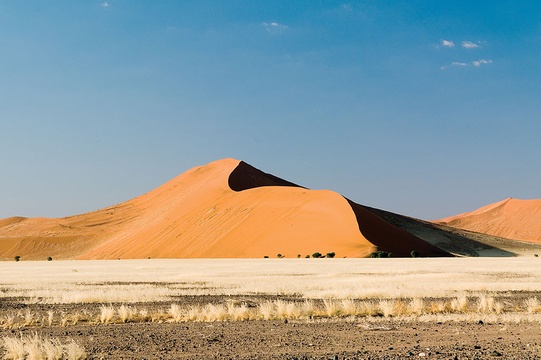 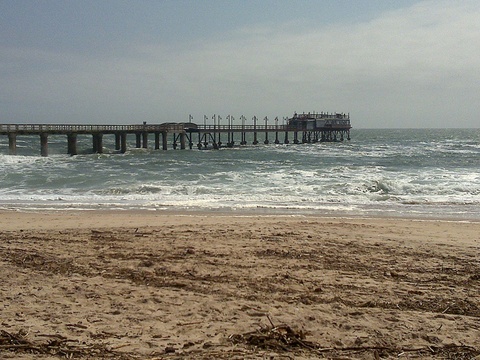 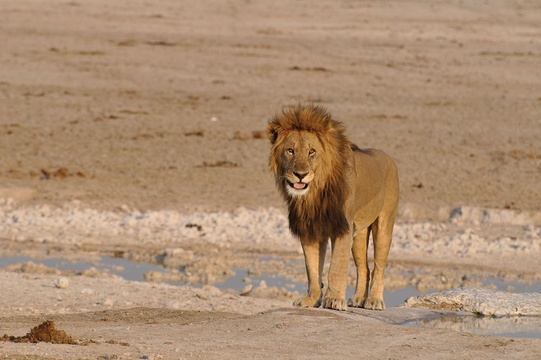 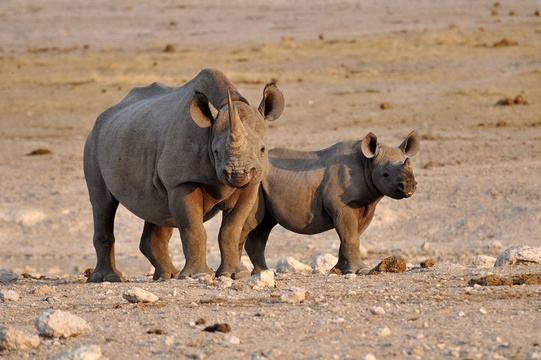